The Noun is the first part of the parts of speech as we know that there are eight parts of speech in English grammar. We learn the nouns and their types so that we can use them in sentences easily. Let’s read the definition of nouns with examples.

What is a noun?

Definition of Noun: A noun is a word used to name a person, animal, bird, place, thing, or idea. A noun is used as a subject, object, and complement in a sentence. In short, we can say that a noun is the name of a person, place, or thing.

In this post, you will learn about the definition of noun with examples and types of nouns in the sentences.

How to identify a Noun

To identify or recognize a noun, you must know its definition with examples and rules. We have listed a few rules to identify a noun. After reading the rules of nouns, you will be able to find nouns in the sentences or paragraphs.

Some words used for ‘people/persons‘ are called nouns. As;

The words used to identify ‘animals‘ and ‘birds‘ are called nouns.

The words used for ‘places‘ are called nouns.

The names of people or persons and places are called nouns. These words are Proper Nouns.

The name of months and days are nouns.

We use the nouns to identify people, places, animals, birds, and ideas. These words are used as the subject, direct and indirect object, complement, possessive nouns, and vocative case. In this post, we have explained the functions of nouns in detail. Read this post completely.

There are five kinds of nouns in English Grammar;

In the modern classification of nouns we find;

Definition of Common Nouns: Nouns that refer to the same type of animals, objects, places, etc., are called common nouns. for example:

Definition Collective Nouns: The noun words from which a group or community is understood, are called collective nouns. For example –

Note: The above words are examples of collective nouns. All these words are used in the singular because the group appears as a unit.

Definition of Material Nouns: Nouns that refer to a substance or substance are called material nouns or mass nouns. For example, different types of dishes are made from wheat rice. Yogurt, cheese, sweets, etc. are made from milk. Jewelry etc. is made from gold and silver.

Various items are made from brass, copper, iron, etc. Wood, kerosene, coal, and petrol are also liquids. These substances are not countable. Therefore, all the mass noun words are used in the singular only.

Note: A countable noun can be in singular or plural form.

There are two numbers of nouns; singular number and plural number.

Nouns that are in singular or plural form can be counted. They are called countable nouns.

Some Common Singular and Plural Nouns

The following types of 6 functions are performed by nouns; such as –

On the basis of these functions, the cases of nouns are determined.

Case shows how a Noun is used. There are three types of cases:

Nominative Case (Subject of the Verb)

When a Noun is used as the subject of the verb then it is Noun that occurs in Nominative Case.

Note: In the first sentence, ‘Maria‘ is the subject of the verb ‘plays‘ of the sentence. Hence Mohan is used in Nominative Case.

In the second sentence, Jackson is the subject of the verb ‘danced‘ of the sentence. Hence Shila is used in Nominative Case.

Objective Case (Object of the Verb)

In the first sentence, ‘cricket’ in the second sentence, ‘the box’, in the third sentence, ‘me and book’ have been used as the object of a verb. So, Cricket, Box Me, and Book is an Objective Case.

(ii) Direct Object – It is obtained by applying ‘what’ in the verb.

(iii) Indirect Object is obtained by putting who or whom in the verb.

Object of the Preposition

A noun works as an object of the preposition. Read the following sentence carefully.

In this sentence, there is City – Noun which is governed (related) by To Preposition. Hence City is used in Objective Case.

Complement of a verb

Complement means – in a sentence, the words of the predicate, not including the verb Complement – Noun or Adjective is used to complete the expressions of is, am, are, was, and were.

In the first sentence – ‘are’ and in the second sentence – ‘was’ are linking verbs. Their Complements are driver and black. Here ‘driver’ is ‘noun’ and is an Adjective.

When a noun is used to express the relation or authority, it is in the Possessive Case.

Note: – If a singular Proper Noun has the letter ‘s’ at the end (eg. words like Charles, Socrates, James, etc.), then there are two ways to express Possession with it.

This sentence can be divided into the following two parts;

Therefore it is clear that John and our captain both refer to the same person. Here Rama is used in Nominative Case and Our Captain is its Case in Apposition.

Hint – In such sentences, the second Noun is the Case in Apposition of the first Noun.

Definition: A Noun used to name a person or thing addressed is in the Vocative Case.

Note: In the first sentence, ‘Girls’ are being addressed and ‘Tom’ in the second sentence. The Noun to which it is addressed has a Vocative Case, that is, such Nouns are used in the Nominative of Address.

In this post, you have learned about the noun definition with rules, kinds, and examples in sentences. The noun is the most important topic in parts of speech. It is the first topic that is taught to us first. We use the nouns in our daily life. Our names, thanks, pets, clothes, vehicle,s and other things are nouns. You can watch the video to understand the noun definition easily given above. 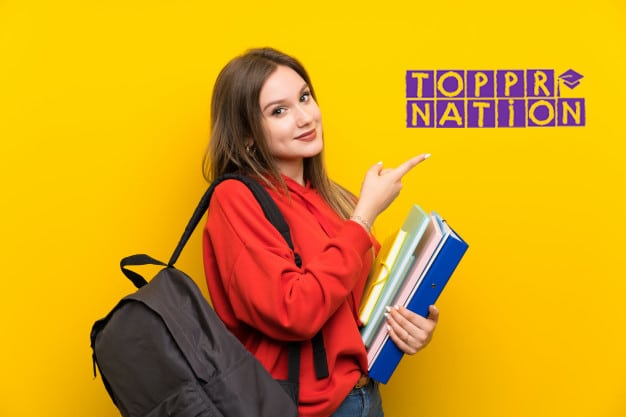