Common and Proper Nouns exercises, Find the common nouns, Write the common and proper nouns from the following sentences. Noun and their kinds exercises in PDF.

Common noun and proper noun exercises are given below with answers.

Exercise – 1 Write ‘Common’ or ‘Proper’ next to each noun:

Exercise – 2 Find out the Common or Proper Nouns:

Complete the sentence with correct proper or common nouns: 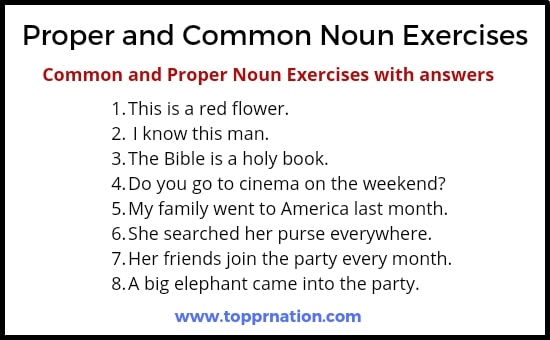 3 thoughts on “Common and Proper Noun Exercises with answers”